Outstanding Results with Vollure for Under Eyes 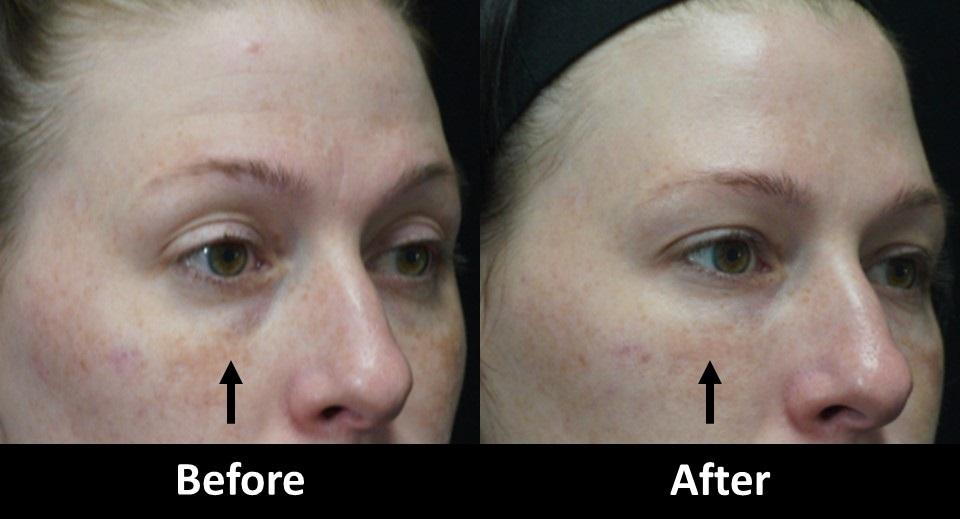 Do you have dark circles under your eyes that make you look tired? If so, Vollure may be a good treatment for you.

What causes dark circles under the eyes?

There are multiple reasons you can get dark circles under your eyes. Sometimes it’s just genetic. Even some children have it when they’re young. Some people have seasonal allergies which can give this appearance. Sometimes it’s from sun damage and pigmentation that occurs over time. But most commonly it’s from volume loss in the area. When you’re born you have a number of fat pads under the skin in your face. As you mature, some of them get smaller. Also, your bones and skin which support these fat pads change. In the area under your eyes, the bones around the eyes get wider and those directly under your eyes go downward and inward. This causes a hollowing under your eyes. In this case, the dark circles are caused by shadows resulting from the hollowing. Filling in the space will correct it.

Vollure is a dermal filler in the Juvederm family used to restore volume in certain areas in your face. Vollure works particularly well to treat hollowing under your eyes. The active ingredient in Vollure is a sugar naturally found in your skin called hyaluronic acid. Hyaluronic acid works by drawing water into the area. This fills wrinkles, folds, and hollowing. The great thing about Vollure is that it’s very soft, making your results look really natural. And Vollure doesn’t result in a lot of swelling like some other products, which is particularly important under your eyes. Also, Vollure is made using a technology called Vycross. This means the chemistry is slightly different from other fillers, making it last longer. Vollure is great for deeper hollows under the eyes like those in the patient shown here.

Sometimes people have a shallow hollow under their eyes. In these cases, another product called Volbella works best because Volbella can be placed closer to the surface of your skin, whereas Vollure works best when it’s placed deep on the bone in the under eye area. If you have severe fat loss in the area, you may need something stronger like Voluma, which will provide the structural support that is lost over time. Many people start with one or two syringes of Voluma in the mid cheek area, followed by Vollure placed dedep on the bone directly under their eyes, followed by Volbella in the surface layers of the skin. In any case fillers such as Vollure work well to fill in hollows under your eyes. This will may you look more rested and awake.

Dr. Alex has performed over 10,000 cosmetic treatments with many satisfied patients. Contact us to schedule an appointment for a free consultation with Dr. Alex in our Encino, CA office.